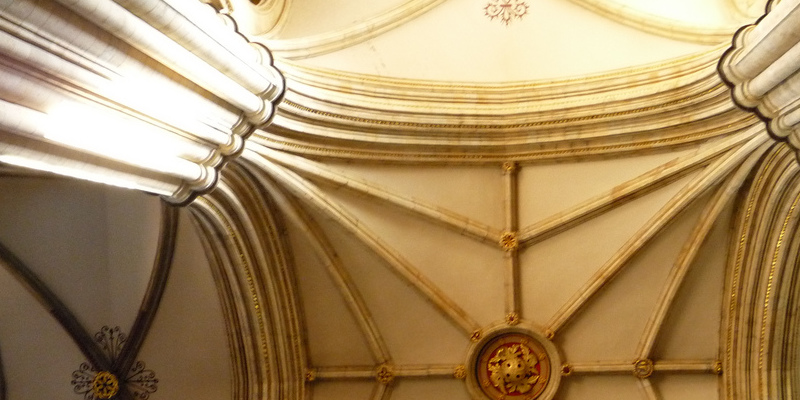 It’s really easy to slap up a coat of white paint and take it a day, but where’s the imagination in that? Instead of fixing the ceiling as an afterthought, we love how a growing number of designers are allowing their creativity run sky-high by addressing what is often known as”the fifth wall” with wallpaper, paint or other finishes to truly finish the plan of an area.

In San Francisco’s Decorator Showcase, designers Stephen Rice and Lynn DeTienne continued their area’s coastal blue-gray style on the ceiling, with an inset covered in a wallpaper of ominous, undulating clouds.

Look carefully and you will see that the wallpaper — Ciel by Trove — also includes lines of script that compose,”there’s no place like home” over and over again. A detail on your ceiling detail? Well, that is better.

Next: Ceilings To Look Up To