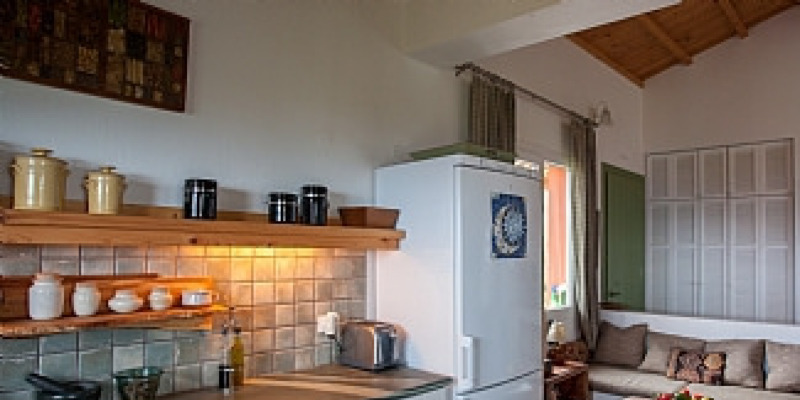 Most homeowners need a kitchen using more light and an open connection to main living spaces. Since the kitchen has become the main hub of action in modern homes, many households gravitate toward centrally located spaces which are easy to access from the rest of the house. The issue is, creating this installment is not always easy.

This Wilmette, Illinois, kitchen was originally completely closed off from the rest of the house. The homeowners wanted to connect it to the adjacent living space, but a thick wall obstructed off the distance. Great Rooms Designers & Builders pared down the warmth from the wall, exposing beautiful brick, and reworked the wall to an open and one of a kind design.

Great Rooms’ Heath Siebert and his team realized that this once-brick wall could include a distinctive textural component, so that they restored it and additional arches and pillars.

To connect the kitchen with the living room, Siebert and his team removed the drywall, framing and old brick from the previous wall. They washed the brick and used it with some fitting new bricks to create the new wall and pillars.

The soapstone countertop was pulled out through the largest arch to get a casual eat-in bar.

Classic white subway tile in a crackle finish was installed in a herringbone pattern for a backsplash. Pieces of soapstone frame it.

Storage was a priority, so Siebert and his team integrated shelving into each nook and cranny. Integrated wine shelving, a display case for china, tall cabinetry for pantry items and spacious cabinetry around the island are a couple of of the solutions.

A window at the far end of the kitchen and an open door to the rest of the house retains the room casual, connected and full of natural light. “Before we began the job, the brick wall was only a door from the living room into the kitchen,” says Siebert. “The homeowner never understood that this might be opened and that we can use an outside element with interior components seamlessly.”